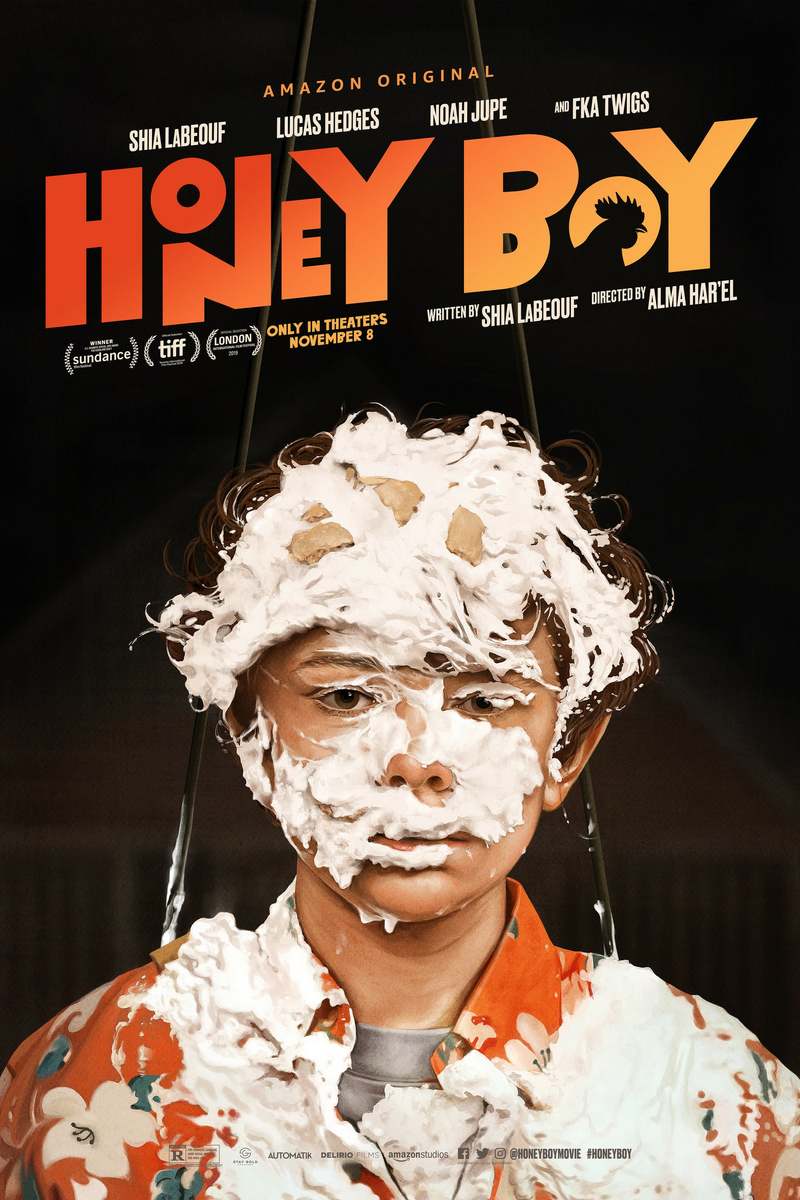 ‘Honey Boy’ was written by Shia Labeouf while in rehab as part of his therapy. ‘Honey Boy’ covers part of Labeouf’s childhood and his relationship with his father. Other than starring Labeouf ‘Honey Boy’ stars Noah Jupe (A Quiet Place), Lucas Hedges (Boy Erased), FKA Twigs, and Byron Bowers (The Chi).

While writing my review on ‘The Peanut Butter Falcon’ I stated my love for Labeouf as an actor, and how after going crazy it was great to see him making movies again. After watching ‘Honey Boy’ it’s understandable why Labeouf had a mental breakdown, he had a messed up childhood, and that’s putting it lightly. Labeouf plays his father in ‘Honey Boy’ and Jupe plays a young Labeouf. Labeouf knocks the role out of the park as well as Jupe, I think we’re going to be seeing a lot more of Jupe, especially as he gets older and transitions from child actor into adult actor. ‘Honey Boy’ also has subtle hints to Labeouf’s career like ‘Even Stevens’ and ‘Transformers’. ‘Honey Boy’ is a powerful but sad movie, I give it an 8.5/10.